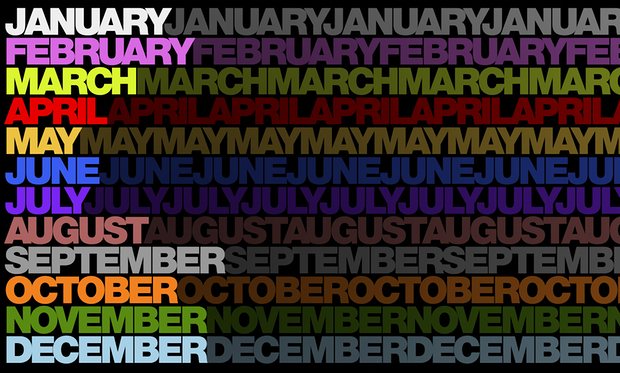 Synaesthesia is a neurological condition where people experience sensory crossover – they can taste words, or hear colours. Photograph: Chris Dlugosz

When we speak, listen, read, or write, almost all of the language processing that happens in our brains goes on below the level of conscious awareness. We might be aware of grasping for a particular forgotten word, but we don’t actively think about linguistic concepts like morphemes (the building blocks of words, like the past tense morpheme “-ed”).

Psycholinguists try to delve under the surface to figure out what’s actually going on in the brain, and how well this matches up with our theoretical ideas of how languages fit together. For instance, linguists talk about morphemes like “-ed”, but do our brains actually work with morphemes when we’re producing or interpreting language? That is, do theoretical linguistic concepts have any psychological reality? An upcoming paper in the journal Cognition suggests an unusual way to investigate this: by testing synaesthetes.

Synaesthesia comes in many forms. Some synaesthetes associate musical tones or notes with particular colours; others attach personalities to letters or numbers. A huge number of synaesthetes have associations that are in some way linguistic, and one of the most common forms of all is grapheme-colour (GC) synaesthesia, which is the association of colours with particular letters or numbers. For instance, a GC synaesthete might have a consistent perception of the letter “A” being red. This association often extends to a whole word, so “ant” might be red, too.

Because synaesthesia is so often language-related, it should be possible for researchers to explore the associations that synaesthetes make, and use this to work out how bits of language are being handled by the brain. For instance, the Cognition paper describes a study, led by Jennifer Mankin at the University of Sussex, that looked at compound words like “rainbow” or “blackbird”.

Compound words are interesting because they can give us insight into how we store and retrieve word meanings in the mind. We don’t currently know whether we process these as single units, or whether we process the component words (like “black” and “bird”) and then join them up. It’s also possible that we use some combination of these two strategies, like remembering the more common compound words as single units, but breaking down the less common words into their composite meanings to figure them out.

To test this, Mankin and her co-researchers looked at what colours GC synaesthetes associated with various compound words. Some of the words were very frequent, while others were less so. The words also varied in semantic transparency, which is a measure of how obvious the meaning of a compound word is based on its constituents. For instance, it’s easy to work out that a birdhouse can be split up into the words “bird” and “house”, and means “a house for birds”. Working out that “hogwash” means “nonsense” can’t be done just from looking at the constituent words.

For each word in the list, the 19 synaesthetes were asked if they had an associated colour. If they did, they could choose the colour from a colour chart. They were also able to add a second colour for each word. The researchers predicted that the more frequent compound words would be more likely to have only one colour attached to them (because they would be processed as whole units), while the less frequent words would have two colours. They also thought the more semantically transparent words would be split up and processed as their constituent parts, making them more likely to have two colours.

They found that most of the words – nearly three-quarters – were given two colours by the participants, but that more frequent compound words were more likely to have just one colour associated with them. This, according to the authors, suggests that very common compound words seem to be processed as single word units, whereas less common compound words are processed as two units – just as they predicted. However, they didn’t find what they expected with semantic transparency: both more and less semantically transparent words were about equally likely to have one or two colours associated with them.

This study is very small, and on its own, it edges us only a little further towards a complete understanding of how we process compound words. The results match up with a “mixed” model of compound word processing that suggests we process some words as units, and others as constituents; but this isn’t conclusive, and at the very least, the finding needs to be replicated in other languages, with other synaesthetes, before we rest too much on it. However, it’s a fascinating proof-of-concept: it suggests that we can tap into synaesthetic experience to explore bigger psychological questions. 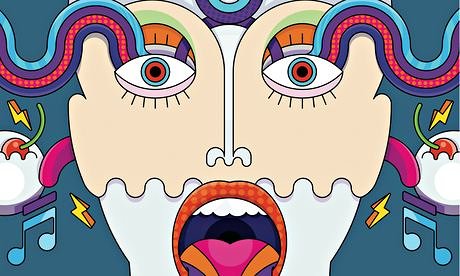 How we all could benefit from synaesthesia

So far, there’s been very little work done in this particular niche. There’s already quite a lot of research on synaesthesia in its own right, but it’s an unusual idea to study people whose brains are inarguably atypical in order to draw conclusions about human cognition in general. There’s a risk that synaesthetes’ brains are different in ways other than their synaesthetic associations, which could mean that we can’t really extrapolate from them to the general population.

That said, there isn’t currently much reason to think that synaesthetes have important cognitive differences from non-synaesthetes, other than their particular associations. An earlier paper that explores the potential usefulness of synaesthesia for cognitive science points out that most people seem to have some degree of synaesthetic association going on in their heads, but that synaesthetes are just unusually aware of the experience. For example, cognitive scientists who study the brain’s processing of numbers posit a “mental number line” that people all use when dealing with numbers – it’s just that only synaesthetes are aware of having spatial associations with numbers.

If this is true, it might be that synaesthetes provide us with an unusual amount of conscious access to what are usually unconscious processes. And that, undoubtedly, is a psycholinguist’s dream come true. There’s a lot of work to be done assessing the usefulness of the idea and working out ways to implement it, but given how useful it could turn out to be, it’s definitely worth that exploration.