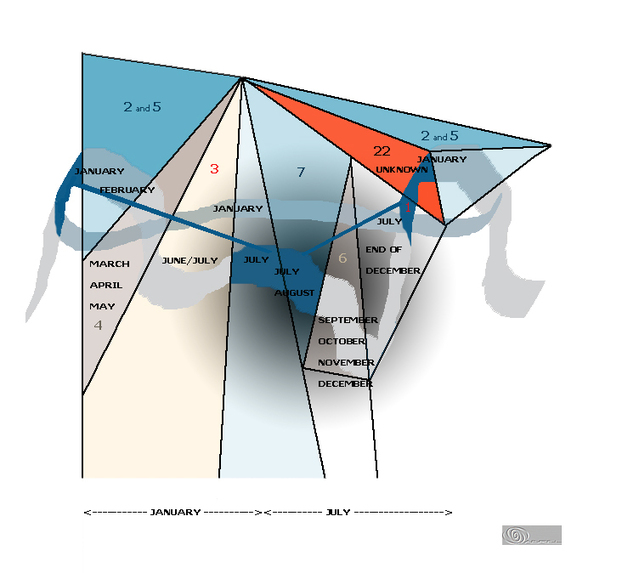 A flattened representation of the ordinary solar year.

Just like the week, it is one, on loop. The loop appears to go anticlockwise while the overall direction is downward.

It is made of two major segments subsequently subdivided, presumably by indoctrination. At its rawest, the year is made of only two lengthy months which appear to ‘change attitude’ as they go by (January and July). The year is slow at its beginning and speeds up halfway through. Curiously enough, time seems to stop and be busy otherwise at the time of year generally known as May, which is almost non-existent. The time named April feels as lightest in weight.